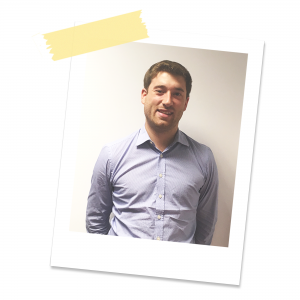 Who is Pierre Antoine? Pierre Antoine is a sharp shooter. Like Lucky Luke, he shoots so fast that his shadow can’t keep up. Although not armed with a revolver but a Nerf gun he aims to hit every bullseye, (there’s no harm in dreaming big.) So watch out, as he never is where you expect him to be. Are you locked, loaded and ready to fire?

Dislikes: : people who break his Nerf darts in half.

His spirit animal: the crane.

His favorite quote: “How’s it going?”